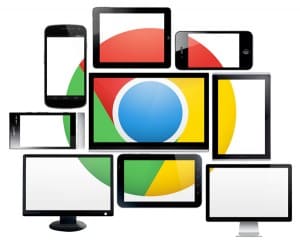 A new initiative by Google seeks to form an open standard for the Internet of Things, dubbed the Physical Web by the company’s Chrome team. The concept involves a subscribed discovery service that allows smart devices to distribute URLs to other smart devices in a given area. Users could potentially interact with vending machines, posters, and bus stops using Bluetooth and Web technology in the absence of any apps. “The number of smart devices is going to explode in number, both in our homes and in public space,” predicts Google’s Scott Jenson. “But the overhead of installing an app for each one just doesn’t scale. We need a system that lets someone walk up and use a device with just a tap.” To curb concerns about privacy, users’ devices are never directly linked, so their locations are never revealed. Google also emphasizes the absence of active notifications. “The user will only see a list of nearby devices when they ask,” Jenson says. Google pledged to treat the Physical Web project as an open Web standard.