The contest between the Master(Louis Van Gaal) and his once apprentice(Jose Mourinho) ended in a stalemate thanks to a last gasp goal from Van Persie in “Fergie time” as they call it.

Chelsea came into Old Trafford with an almost stainless record in the Premier League with only Manchester City stealing points from them. United proved to be a far tougher test then they actually would have thought. In fact United were better in terms of creativity in the first-half. United had a wonderful chance to take the lead when Januzaj opened up the Chelsea defense with a peach of a pass only for Courtois to deny Van Persie.

There was one highly contentious moment in the first-half when Ivanovic was dragged to the floor by Chris Smalling as they chased Cesc Fabregas’s delivery into the box but referee Phil Dowd gave nothing.(Ryan Shawcross would have been livid!!).It was a “stonewall” penalty for me. In the second-half United slowed down a wee bit and it allowed Chelsea to step up a gear or so. De Gea saved brilliantly from Hazard after a wonderful move but the Spaniard was picking the ball out of the net moments later.

Drogba rolled back the years to score a classical header to put Chelsea in front. But the striker’s job was made so much easier by the fact that 5ft 7in defender Rafael was the man marking him(It was a total mismatch in terms of size!!). Even though Drogba is not getting any younger he has not lost the sense of opportunism. Van Persie was in double mind whether to attack the ball or guard the near post. That split second cost United as the ball thundered past him.

Just like it seemed there was no way back for United Ivanovic gave them a back-door entry by fouling Di Maria. Dowd had no hesitation in sending Ivanovic off. I got to confess that the sending off was a bit harsh.

Di Maria, who until then had a poor match showed his magic at the opportune moment as it was his free-kick that led to United’s equalizer. Fellaini’s header was brilliantly saved by Courtois but on the re-bound Van Persie mad no mistake as he smashed the ball into the back of the net and spark wild celebrations around Old Trafford.

But still if you look at it there is a huge gap between Chelsea and United not only in terms of points but also in terms of organization at the back as it was appropriately put by Peter Schmeichel (Machester United Legend) , “Manchester United and Chelsea have excellent young goalkeepers in David de Gea and Thibaut Courtois but, in front of them, things are very different. Courtois plays behind an incredibly well-organised defence. In contrast, United’s back four is full of uncertainty and insecurity, something that was particularly evident at set-pieces at Old Trafford.”

“Acche din” are yet to come for United but the signs are there. Last minute goals are back!!”Never-say-die-attitude” is back again. Machester United are slowly but surely gathering back their lost aura. The match against Chelsea was a testimony to that.

United would have to maintain the same tempo next week against their city rivals City .Manchester derbies are always feisty and United would love to get the better of their city rivals after what transpired last season. With a fit Falcao and Rooney back from suspension a win does not seem as remote a possibility. Sunday is going to be another litmus test for the Red devils. Will their defense hold up is the million-dollar question??? 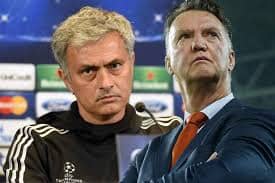 Have you been to the ‘Sawai’ festival?