Book review – Playing It My Way (Autobiography of Sachin Tendulkar)

Life in every step gives us the flavor of its sweet and bitter truth. Fate is one such flavor which can portray both sides of the coin. But what life we choose to live is not just fate it’s more than just destiny. One such life has been led by the greatest cricketer ever to be born in our era.“Sachin Ramesh Tendulkar” is a name which can never be omitted or forgotten from the hearts of the cricket fans and record books of the cricketing world. Having spent an illustrious long career of 24 years, it took him nearly a year to pen down and open his life in front of the world to have a glance at. “Playing it my way” the autobiography of “SRT” was launched on 5th Nov 2014 in Mumbai. It’s never an easy job to comment or state about a book which has been written by a living legend and that too his autobiography, but as ‘a loyal fan’ and SRT being my idol I felt to pour my heart out about the book as soon as I finished reading it.

“Playing It My Way” talks about the life of not just the ‘God of Cricket’ but also about a humble human being who gave his heart and soul to what he loved. The book has been dedicated by SRT ‘To all his fellow Indians’ as mentioned in the opening pages. The book has been written and edited in a very sophisticated yet plain English taking into consideration that it can be read by every Indian who have got a basic qualification to understand it. It has been divided into 28 chapters starting from his early days of being a notorious kid in the SahityaSahawas colony in Mumbai. In the acknowledgement and prologue of the book ‘The Great One’ has acknowledged each and every Indian fan who have been with through thick and thin during the course of his career. In the journey of these 28 chapters SRT has presented each and every aspect of his life in beautifully woven words which can touch the hearts of the readers. His life’s early start as a cricketer to his love life with his better half (Anjali) to his testing time spent outside the 22 yards due to injuries, each incident can really amaze the readers. As we read through the book, the incidents take us down the memory lane of Sachin’s fascinating life. At the end of the book, SRT has put through his Farewell speech in the Appendix, making the reading more pleasant for the reader. But as we feel the book should not end on such a note, there’s a picture gallery of around 80 pages which covers the precious life of the God of Cricket arena. The gallery covers the legend’s entire life from being just another child to taking a bow of the 22 yard after playing his last match at his home ground (Wankhede Stadium). Such a precious collection of pictures of the great ‘God Of Cricket’ might not be found in any form anywhere which makes the book more precious to own.

The best aspect of possessing this precious piece of history is the way Sachin has presented his life. His every feeling as a human being has been brilliantly captured in the book taking into note not to miss out the mischievous part his self. His allusion and salutation to every person, who even might have contributed a nickel in his life, to be the great one that he is now, makes the book much sweeter to go through. Though he might have stated in his parting speech from the cricketing world to his fans “…the memories that you have left with me will always be with me for ever and ever, especially ‘Sachin, Sachin’. That will reverberate in my ears … till I stop breathing,” it might be an understatement to say that being a cricket fan that we will miss these words more than ever.The only salutation to this greatest ambassador of Cricket can be “Thank You Sachin!!! … For being born in this era…!!! “ 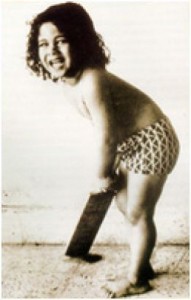 The Beast – By Aksha Mondal