You would be surprised to hear that betting was the architect of the epic Mahabharata. In fact Pandavas lost their whole kingdom in a dice game with the Kauravas (Yudhisthira succumbed to the guile of his uncle Shakuni) which led to the Mahabharata.

As the Mudgal Committee report has ruffled many feathers in the BCCI camp, the Government of India needs to seriously think of legalizing the betting industry. Even many great cricketers like Gavaskar are in favor for legalizing betting. The soon-to-retire CBI Director Ranjit Sinha shares the same opinion, “If there are lotteries in the state, if we can have casinos in the tourist resorts and if the Government can declare schemes for voluntary disclosure of black money, what’s the harm if we legalize betting?”

Betting is a vice that cannot be eliminated. Firstly, people have been profoundly involved in this illegally since decades and making it legal will only do better for the citizens. They don’t have to hide and illegally gamble. Secondly, the gambling mafia will not be able to cheat them any further as they will have competition in the free market. Few forms of gambling are already legal in India. For example horse racing and casinos. So the government can easily give a green light to betting.

Human greed is insatiable. The poor sees it as a mean to earn easy money and that too without breaking a sweat unless if you are at the receiving end of the deal and the rich sees it as an opportunity to get richer. Classic example is Gurunath Meiyappan. Many people, involved in betting on cricket matches, with enough money, believe in tipping the scales of luck in their favor, through match and spot fixing. Mainly controlled by the underworld, match fixing targets the insecure new recruits like Mohammed Amir who are more liable to bribery, which makes them underperform and throw away a match at the crucial juncture. I am not for a moment saying that legalizing betting will stop match-fixing or spot-fixing, there will be a few rotten eggs, but it would reduce it considerably. And looking at the bigger picture, the revenue it would generate would be humongous.

Another part is a lot of black money will come out in the market and it will become taxable.I know huge words like “morals” and “ethics” would be speed-breakers (Our earlier Governments have been well-versed with the aforementioned words and looted our country through corruption especially the previous UPA regime) and the social consequences of people gambling away their family savings would be there but pros and cons exist for every alternative. Ultimately if the pros outscore the cons then the alternative should be implemented. In other countries, like United Kingdom, gambling industry has huge contribution to the economy in terms of output and employment. By allowing people to gamble they would have an opportunity to turn their wealth around on the drop of a hat, and the country could use its profits to help fix many parts of the impoverished country.

This sort of decision can only be taken by the government at the start of its tenure and not at the end because the repercussions of the decision can be huge and can have a severe impact on the vote-bank. If you look at it practically and not emotionally then betting is indeed a safe ‘bet’. 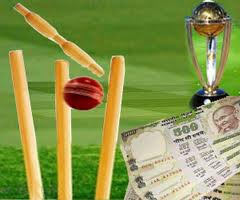