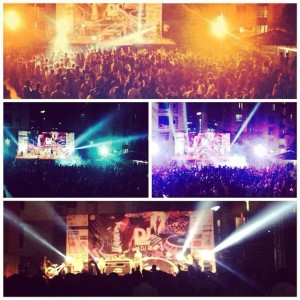 Knowledge comes, but wisdom lingers. It may not be strenuous to train your mind to store facts, but the ability to form judgments requires the arduous discipline of hard work and the tempering heat of experience. Triumphing over life and having a full house is a matter of consistent perseverance and will; you build, you strategize and only then you ace.

Symbiosis Centre for Information Technology is synonymous with accolades, accomplishments, performance and triumph. There is so much you associate with SCIT but the one thing which surely competes for the top spot on the list is Graffiti – our flagship event!

Located in Pune, the Oxford of the East, at Rajiv Gandhi IT Park, Hinjewadi, SCIT is another jewel in the crown of the Indian Institution that proudly symbolizes Vasudhaiva Kutumbakam– Symbiosis International University. With great novelty in the curriculum, it has a cutting edge niche in the progressive arena of IT Business Management.

While SCIT houses numerous student driven activities and events, Graffiti clearly takes the front seat. Graffiti, an annual Techno-Managerial fest held at SCIT is a classic blend of business and technology. With an extensive reach, the splendor of the event witnesses an exceptional participation from the students of the much renowned colleges and B-schools across India.

The event sets an awesome stage for Innovation, Imagination and Exploration. It also creates everlasting inspiring moments, cherishing memories and immense opportunities to learn, sustain and think differently. It is open to participants of all streams pursuing their Bachelor’s or Master’s degree. The year gone by, Graffiti in its 12th year grabbed the Chinese Zodiacs in its exquisite theme Zodiaclase where in business and technical acumen of students and professionals was challenged at all levels.

With the advent of a new year it was time again for the extravaganza to unfold! Graffiti ’15 was here and it brought yet another intriguing theme of Gérer les cartes– Manage your Cards.  The four suits betokening the four elements, four seasons and four cardinal directions not only manifested the struggle of opposing forces for victory in life, but also summoned that life consists not in holding good cards but in playing those you hold well.

The theme for Graffiti ’15 was in a sense so intriguingly challenging. So much so that the entire event list incorporated as a part of Graffiti ’15 saw a streak of its theme. The two day extravaganza saw an enormous amount of participation from Institutes based in Pune, Mumbai and the Corporate. The kind of participation was something Graffiti had never seen before. The grandeur of the event could also be seen by the vibrant and colorful stalls awning entire SIC.

Day one kick started with the Inaugural Ceremony which was graced by Director SCIT, Dr. Dhanya Pramod and an alumnus of the Institute Mr. Abhishek Gandhi. The soulful lamp lighting, showcasing the official Graffiti ’15 video, listening to Mr. Gandhi share his Graffiti experience, was altogether so inspiring that SCIT was ready to give its all in the coming two days and put up a grand show.

Graffiti ’15 was declared open! Participants unleashed the Hercule Poirot and Miss Marple in them and chased the gravest of grave criminals in the crime scene investigation event Thief of Jack. The team from AIMS challenged their acumen, skill and logic beyond limits and unraveled the most heinous crime mystery, thus bagging the first prize. On the other hand the team from CUIM teamed up with a group of many hands but one mind to succor in the perspicacious multi-round management game House of Cards. A breathtaking event of challenging permutations and combinations, Auction Pitch was quite the highlight among events where the foresight of team SIIB won them the first prize.

While all this was in process, some escaped the reality and landed into the virtual world of survival, participating in the Lan Gaming event- CarD Games. Teams from Imperial College, Mitsom, NICMAR and DY Patil came out victorious in this tough two day battle in the gaming arena. Graffiti ’15 on its first day also witnessed babbling and crying out of thoughts and need for change through a mass participation in Nukkad Natak and Mad Ads, with over 20 teams in each of the two events and SCOA and BUP bagging first prize in the respective events.

And just as everyone thought that day one was at closure, it was time for some rockabilly, some psychobilly, some punk rock and some thrash metal. DJ RB literally lit the SIC dance floor on fire and a breathtaking crowd got ruthlessly engrossed in the beats played. Such a footfall was never seen, ever since the inception of Graffiti or SIC as we can proudly say.

Without any sign of fatigue, day two had to cover four mega events. Team SIBM proved its prowess to emerge as the winner in the battle of minds- Ace of Spades, the business quiz and wings were given to the ideas of team SIIB in Bridge the Plan, the business- plan competition. While team SIMS tantalized and bluffed the prospective customer in marketing strategy game Bluff Master, team SITM racked its brains into the nitty-gritty’s of stock trade, thereby both winning the first positions. But that was not all! This Graffiti we called first runners, the brave knights, the trendsetters and the courageous to face the unknown, and tested the spirit of their soul in the ultimate event Advitiya- Virtuoso de Cards. This event had the highest prize on stake and hence it was more like a battle with participants’ head erect, a proud and resolute bearing, flashing eyes and fearless valour; and what a nail biting event it was until team SIMS came out victorious.

As hard and heartbreaking as it was for everyone at SCIT, like all good things, day two too had to come to an end. A grand prize distribution ceremony was held and winners were felicitated by the Director and the Deputy Director. A deep sense of gratitude was also expressed to all the judges that contributed in the accomplishment of a successful Graffiti ’15. But SCIT doesn’t believe in sad goodbyes. The evening of day two, Graffiti ’15 vaingloriously presented a compelling Rock Show. The crowd once again got enthralled by a rocking and swaying performance by the fervent, the zealous, the Gen Next Band Moonstruck Project. As it was evident, there prevailed mixed emotions in the air of SIC.

Graffiti ’15 proudly welcomed the manager in all the participants and took them to a cruise unleashing their prowess, getting them acquainted with their own undiscovered caliber and showcasing their adroitness! Graffiti ’15 will sure be a benchmark for more Graffiti(s) and batches to come. Though the ‘G’ word is over, the spirit still remains. We at SCIT still believe: Has fortune dealt you some bad cards? Then let wisdom make you a good gamester.

LGBT rights in India: Paving the way for holistic betterment by Pranshi Gupta