The first week of cricket carnival was pretty straight-forward and there was a plethora of one-sided matches barring a couple of results.

The victory of Team India over Pakistan was sweeter but the thumping of South-Africa who according to many have the best batting line-up of the tournament was a sign of intent and a sound warning to the cricketing world that ‘Take us lightly at your own peril’. Suddenly the skeptics have become optimistic about India’s chances. I always believed that people were reading too much into India’s performance in the Tri-Series. The team was exhausted after a grueling Test Series which should have been tied 1-1 to be fair to India. So they didn’t push themselves in the Tri-Series which was evident with the results. Surprisingly, India’s bowling and Fielding has stepped up to the plate. Such was the quality that I wondered for a while whether it was an illusion or a reality. Talking about the bowling Ravi(Team Director) was right on the money when he said that when Australian bowlers bowl at 140 everybody is spellbound but when 3 Indian bowlers bowl at 140 kmph nobody takes notice. Yes, the performance of India’s bowlers has been a bit up and down but I must admit that sometimes they are unfairly ostracized. I said before the tournament started that India has the batting line-up to defend the crown and India’s performance in the first two matches has reaffirmed my claim.

Talking about Australia they pulverized England into submission in their opening game of the World-Cup. The match was much talked about considering the sweet relations that these two sides share but it did not take too long for Australia to make a mockery of England. The sight of Australia’s top six is really scary!! Considering the fact that they have Clarke and Faulkner in the reserves the opposition will have to play out of their skin to topple Australia.

England on the other hand not only looks but is ordinary. Barring Morgan who is woefully out of touch and Buttler there is not much dynamism on show. Their selection is flawed and their priorities are completely misplaced. Their best batsman (Kevin Pietersen) is writing blogs for some newspaper thanks to some foolhardy decisions taken by the ECB. England for me will struggle to make the quarter-finals and even if they somehow reach the quarters (How I wish they will not!!) I can’t see them going beyond.

Every World Cup New Zealand is seen as dark horses but that is not the case in this tournament. For me they are one of the top contenders for the Cup and England’s annihilation has put a stamp on that tag.

The spectators in New Zealand have become fielders for the opposition thanks to Brendon Mccullum. He is in bullying form in this tournament and hitting sixes for fun. He hasn’t spared even the world’s best. Malinga and Finn are no ordinary bowlers and he has treated them with utter disdain. Not only his batting but his captaincy too has impressed me. He goes for the jugular and as they say fortune favors the brave his team has been the most consistent side across all the formats. The power of Baz is well supported by Calm Williamson and Composed Taylor and they have another powerhouse named Anderson to finish the innings as he displayed his prowess against Sri Lanka. Boult-Southee partnership can usurp any opposition. In the crushing of England some of the swing bowling on display by Southee would have made Dale Steyn proud. It was a message that in this Batting Age bowlers are here to stay.

Coming to the Islanders they have looked a bit rusty in the opening two games. They were crushed by New Zealand and Afghanistan almost gave them a scare. If not for Perrera’s late flourish it would have been disaster for Sri Lanka. They have had a slow-start to the tournament but certainly not the team to be written off at this stage.Sri-Lanka is underrated in every tournament and almost unknowingly they make it to the ‘Last Four’. They have the team to pull the rabbit out of the hat and on their day can upset the apple-cart.

In the ‘Battle of Ordinary’, West-Indies came out on top. That match wasn’t a good advertisement for the purists as the match was marred with dropped catches, missed stumpings, shambolic batting. Both sides were unwilling to wrest the initiative from other until Russell’s blinder. On the other hand Pakistan were infatuated by binary numbers as the scores of their top-order read 0,0,1,0.Shoaib Akhtar was scathing in the attack on his ex-teammates and his verbal volley resonated the mood in Pakistan. Pakistan is known to be predictably unpredictable but in this tournament they have been pretty predictable. Their bowling has been grievously incapacitated due to numerous reasons. Batting as always is deficient and the less we talk about their fielding the better (Akmals’ are a disgrace to the word wicket-keeper!!).This is not even a quarter as good as team of their yesteryears. Pakistan need an inspiration from somewhere otherwise they well might have to pack their bags early!!West-Indies are not too different from Pakistan and England. Gayle is like a car that has to travel 50kms but it has the petrol to run 20. He needs to fill the tank quickly as Holder needs his inspiration if the Caribbean outfit wishes to go further in the tournament. The exclusion of Bravo and Pollard is already hurting them big time and it was evident in their defeat to Ireland. (It wasn’t an upset to be honest). Inspired Taylor and Russell cameo propelled them to victory against Pakistan but they will need much more to tumble strong opposition.

The tournament is just in its nascent stages and the teams still have a lot to play for. It is going to be an exciting week with a blockbuster ending 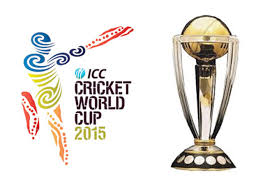