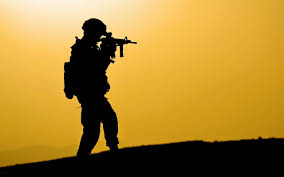 “What happened? Why are you so lost?” I replied, “Just lost in thoughts…” He asked, “May I know what you are thinking?” I said, “26/11…” He quickly glanced at the calendar and remarked, “Was there another terrorist attack? Today isn’t 26/11.”This statement did not go down well with me. There need not be another 26/11 like event or its anniversary to trigger those thoughts and those sentiments.

It was the 26th of November, 2008. India had won the match. And a cricket crazy city was happy. It is not uncommon for some good wins to be celebrated by bursting firecrackers. But the 26th of November, 2008 saw firecrackers in the form of bullets and ‘sutali’ bombs in the form of grenades. My city was attacked. My city burned. We, in Mumbai, have this habit of being a bit ungrateful for the efforts of our Police force. But that day, they showed us what courage meant. Our cops were unfortunately gunned down. But, they stood tall and returned AK-47 fire with pistol fire and ‘lathis’. We lost Hemant Karkare, Vijay Salaskar, Ashok Kamte, Shashank Shinde, Prakash More, Bapusaheb Durugade, Balasaheb Bhosale, M. C. Chowdhary, Jaywant Patil, Vijay Khandekar, Arun Chitte, Yogesh Patil, Ambadas Pawar, Rahul Shinde, Mukesh Jadhav and Tukaram Ombale from our police force. Sandeep Unnikrishnan and Gajendra Singh too lost their lives in the course of this 59 hour siege.There were others who were part of the operation and the rescue missions but yet remained unknown. The brave announcer at CST, the maid at Nariman House, the staff of The Taj Mahal Hotel and Trident were also the heroes of the hour. How can you forget Tukaram Ombale charging at Kasab with just a lathi in his hand? The police and the army were out there fighting a battle of cat and mouse where the terrorists never failed to surprise the uniformed personnel with their knowledge of the locations and their firepower. We at our homes watched in horror as the city came under fire. When the NSG commandoes landed at the Mumbai Airport, they couldn’t find cars to take them to the attack locations. Instead, cars were organised for the politicians (the heroes and rescuers of the hour?) from the airport who would later go on to wear garlands around the necks of the deceased heroes as the siege ended. The real heroes were left stranded as precious moments passed by.

Did any of you wonder why I did not use any prefixes for the police and army martyrs above? It is simple. They are very close to my heart and in my culture, I would have referred to them as “kaka” or “dada”. I have no words to describe how close these people (and those who were part of the rescue operations) are to my heart. I would just like to bow down with utmost respect and say, “Thank you.”

Several names above would have sounded unfamiliar to most of us. How about the name, ‘Kasab’? Most of you would remember this name. It is sad that we remember the guy who shot people down but we struggle to recollect the names and deeds of those who rescued people. Why is it that we always remember the bad guys but forget the good ones? We would argue, we marched to The Taj Mahal hotel with candles to show our gratitude and solidarity. Yes, we did march with candles in our hands. We did remember 26th November, 2008 on every subsequent 26/11s. But why is there gratefulness only on 26/11s? I think, many of us would be grateful to these heroes because without them, maybe a few more of us wouldn’t be alive. We, as a nation, seem to have a very short lived memory towards our heroes. These soldiers, these unknown warriors, fought for people who would forget them in due course of time. Yet they fought with all their might and sacrificed the comforts of the couch on which we watched the city burn.

I wish the intentions of our citizens go much beyond candle marches and cribbing about the system. I hope we remember the heroes who are sacrificing the comforts of their homes and fighting so that you and I sleep peacefully at our homes. Be it the deserts of Rajasthan, the forests of the North-East, the glaciers and inhospitable environment at Siachen, the vast skies or the huge waterbody surrounding our nation,these people have stood tall to protect those people who hardly ever think of them. As I write this, another COBRA jawan has been killed in an attack. Our newspapers will mourn his death in a tiny part of a middle page tomorrow and our citizens will conveniently ignore it and move on. But these soldiers will fight for us nevertheless. These unknown soldiers will always be there, no matter what and as a citizen, I know that. But I refuse to take their efforts for granted. I respect them, I love them and I salute them. My unknown warriors, we stand by!