Whenever there is talk about French Open, Rafael Nadal has to be at the forefront of it. Normally the talks are quite bullish about him but this year doubts have crept into Nadal’s game with untimely and crushing losses to Wawrinka, Murray and Djokovic.

Rafael Nadal currently must be realizing the realities and the certain uncertainties of life. Not so long ago he was seen unconquerable on clay and playing against him on clay was seen as a complete waste of energy levels but tragically the tables have turned. Injuries too have played a significant part in it. Nadal this year has been a pale shadow of his devastating best. Opponents used to chase shadows while playing against him and now the same legion of players dare to turn it on and match him shot for shot or even better. All of a sudden the king of Clay is looking more vulnerable than ever. 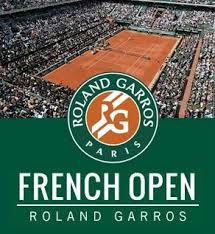 One of the great facets of Rafael Nadal’s career has been his brutal honesty and Nadal wasn’t hiding around the bush while speaking to the reporters. “I say what I feel. I said a lot of times in my career I’m not gonna lie if it’s not 100 percent necessary. I don’t know if it’s good or bad, but at the end of the day you can lie here but you cannot lie on court. If you say that you are great and you go on court and you play against a good player, you don’t lie. Otherwise you’re gonna come back and gonna say, Okay, I was lying before. I don’t need to lie to create better expectations. I am being honest. When I say I don’t know what’s gonna happen, I really don’t know what’s gonna happen. That doesn’t mean that I don’t have confidence in myself to try to be ready for it. I have to think that I am ready for it”.

The draw this time is unkind to both Nadal and Djokovic. Given the track record of Nadal at French Open the tournament officials could have been a little bit generous on him instead the daunting prospect of facing Djokovic in the quarters looms large. If you look from Djokovic’s point of view, he is the world’s no 1 and has earned the right to get an easier draw but still he may have to play a final in a quarter-final.It would be foolhardy to write off the ‘King of Clay’ especially with so much at stake but the fact of the matter is Djokovic is in the league of his own and is looking close to invincible, sweeping nearly all the tournaments before him. One man who could profit from this draw is the Maestro from Switzerland(Roger Federer). He should have a relatively smooth passage till the semis where he is likely to face the No 4 seed Tomas Berdych. He has shown flashes of brilliance this year and the draw could just open a little window of opportunity. Wimbledon would be realistic this year for Roger but you never know an upset here and it could be Federer’s chance to shock us once more and replicate the feat of 2009.

Nadal is clearly looking mentally battered with a dented self-belief but the fond memories of Roland Garros could just revive him. Djokovic has beaten Nadal 20 times but he never done so at Nadal’s fortress. This is the best chance for Djokovic to conquer Nadal’s bastion which he has built over a decade and 66-1 record that he possesses speaks volume of his dominance on the surface. The catch is anybody who has watched Djokovic lately would know that even a fired-up Nadal or a rejuvenated Federer wouldn’t be enough to stop the juggernaut.

MS Dhoni: The Magician Who Pulls Out Magnanimous Houdini Acts At Will – By Akash Goel