Amidst all the controversy surrounding the world of football the Champions League Final couldn’t have come at a better time. With the sport’s governing body at its lowest ebb Champions League final was a great relief for the fans of the beautiful game. Barcelona ended their four-year hiatus of Champions League despair with a thumping 3-1 victory over Juventus to clinch their fifth title. 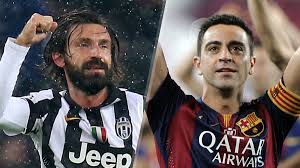 The Catalan giants had a picture perfect start when Neymar’s pass found Iniesta who with his eagle-eyed vision fed Rakitic for Barca’s first. The opening 20 minutes were unusually open with Barca showcasing their flair. They could have clearly gone out of sight with the scintillating start that they made to the match but the legendary Buffon defied them valiantly. He did his bit to stem the rot and keep Juve in the match for the most part but ultimately the trident of Neymar, Suarez and Messi proved to be too good on the day.

The golden moment of the match was Marchisio’s backheel that led to Juve’s equalizer. Juventus made full use of Barca’s wastefulness to crawl their way back into the match after Moratta put them on level terms. Barca after all the possession was pegged back by a defiant Juve. It was all going a bit awry and nervy for them with The Old Lady creating half-chances and their talisman Messi hobbling with a knock. But Messi managed to shake off the knock and the pivotal moment of the match came in the 67th Minute when the tiny Argentine bamboozled Barzagli with his dazzling feet to power a shot that Buffon could only parry in the path of Suarez who did the rest. For Suarez it was a moment for redemption especially after his antics in the World Cup. That was a body blow for Juve who could not crawl their way back after that setback. Barca ensured there wasn’t any further histrionics and Neymar who had a goal denied earlier completed the last rites with the last kick of the match.

Messi this season has been at his mesmerizing best after a stutter at the start of the season. Even though his performance in the finals wasn’t upto the usual Messi standards, he had a great influence on the match and was the main architect of Barca’s two goals out of three. Last year’s Europa league winner Rakitic too rounded off a terrific season for Barcelona with a teriffic opener. Iniesta, who was named the Man of the Match, played the role of a playmaker to perfection. So on the day everything fell into place for Barca.

Messi exorcised the ghosts of Rio somewhat with a treble with Barcelona and again has sneaked his way past the Real Madrid superstar(Ronaldo) to stake claims for the World’s best player after a modest 2014. The match signaled the end of a stellar chapter for one Xavi Hernandez who donned the Barcelona jersey for the last time. At the other side of the spectrum it was agony for the world’s most celebrated playmaker Andrea Pirlo who too may well have played his last match at the game’s highest level.

Fantastic Beasts and Where to find them – A Victorious Spell

A chance for a feather in their Black Cap!!