On a soothing romantic Saturday evening after a long enduring week when one of my friends was gearing up to meet his girlfriend I dampened his spirits a bit when out of curiosity I bombarded him with a hypothetical question, “Dude will you marry a girl or that matter your girlfriend who is earning more than you and is at a more prestigious position??. He gave me a stern look and completely dismissed me by saying, ”No way. Buddy you are out of your mind. You are an idiot. What will her family think about me? I need to earn at least a penny more than her.” I was initially perplexed at his reply and then gave him a wry smile. It’s certainly a sad state that “The man should earn more” social norm still prevails. We have become modern but our thoughts are still pre-historic. We live in the “Internet Age” but certain biases against women still exist from the “Stone Age.” 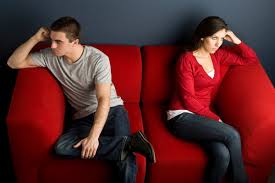 The patriarchal nature of our society needs is best portrayed in the movie Dil Dhadakne Do where Anil Kapoor in spite of his daughter(Priyanka Chopra) inheriting his business acumen choses to assign the responsibility of handling his business affairs to his son(Ranveer Singh) who doesn’t even have the relevant Business-IQ. Then in the latter part Rahul Boses’ declaration that he is the protagonist behind Priyanka Chopra’s success as he permitted her to chase her dreams certainly puts a bad taste in the mouth. In the first place why is there a need to take permission? Women are independent enough to take their own decisions and they should be given that space. I have seen many times that women are forced to confine themselves to household chores leaving their dreams shattered. Sometimes even highly educated women are victims of similar fate or even in some cases by choice they chose that path. What’s the use of having all kinds of fancy degrees if they are not going to get utilized? What’s the use then of investing such huge amounts on education if the ultimate result is living an aimless life.

We only harp about Rahul Gandhi’s “women empowerment” agenda but stark reality is that it is a spiel that we spout superficially and with no real intent. It is this bigot mindset that needs to be changed. We should get out of the “Husband should be the bread earner of the family” notion.

What I have seen is that in cases where wife outshines his partner marriages don’t hold up or are at a cliff’s edge. Rather than feeling happy for the spouse men get so engrossed in the battle with their egos that the dreaded ‘D’ word threatens to raise its ugly head. In order to avoid that Spouse should learn to sacrifice, be more supportive and to a certain extent appreciative of his partner.

On the other side of the coin there may be a counter argument that sometimes even wives look down on their partners who earn less but that is a different scenario altogether. What I want to emphasize here is the parochial nature of our society towards our ‘perceived’ weaker gender.

This is certainly a food for thought while I face the wrath of my grumpy friend.

Fifty shades of fair: why colour gets under our skin

“Change” –The only constancy in life