Team India provided a nice Father’s day present to Bangladesh with a series victory and a ticket to the Champions Trophy. Captain Cool certainly looked ruffled at the press conference after the heavy defeat at the hands of Bangladesh in the second ODI. He even sarcastically agreed to give up his captaincy duties. When asked if he would take responsibility for this shambolic display, he offered a scoop shot rather than a straight bat. “If I am responsible for all the bad that is happening in Indian Cricket then I am happy to step aside.” was his cheeky reply. There is no point reading too much into this performance as this was the same team which were the semi-finalists of the World Cup held no too long ago. Instead Credit should be given to Bangladesh who has improved leaps and bounds. The most amusing part of the entire series was that they out’paced’ India which you normally don’t associate with Bangladesh.

With India’s One-day assignment a good four months away I have identified a few areas which the team management needs to address:

I was quite baffled with the move to bench Ajinkya Rahane and even more perplexed with the explanation given for his omission. Rahane should be reinstated straight back into the line-up at No.5. I completely disagree with the assessment that MS made about Rahane. For me he is a versatile player who can adapt to any kind of situation. He has got all the shots in the book and for God’s sake he has been your No.1 Test Batsman for the past one year or so with centuries all around the globe. Even though I am a huge MS fan, I don’t buy his theory of benching Rahane for Rayudu. He and the selectors need to get their blinkers off and invest again in Rahane as he is certainly one of your blue chips.

I have almost lost my voice shouting for this move. This was the only positive for me in the entire series. His record is impeccable batting at 3 and 4.Dhoni should remind himself that he is a king of shorter formats. His batting has been like a drink without a fizz off late.His record speaks volumes of his credentials as an one-day batsman. Coming in at No.4 he can take the game by the scruff of the neck. He is busy as wasp at the crease and also has the power game to clear the ropes if needed. He may be the best finisher in the world and may have performed some miraculous feats but most of the times half the battle is already lost or won by the time he arrives at the crease. He can have a major influence on the game coming in at No.4. For instance in the WC semi-final he should have promoted himself ahead of Rahane. By the time he arrived Australia were well and truly home and dry. Notwithstanding fitness and a complete loss of form (I don’t see that happening!!)Dhoni should play on till the 2019 World Cup and bat at No. 4. 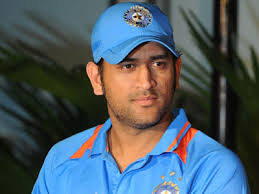 Jadeja and Axar Patel are not the ideal remedies for the all-rounder conundrum. Jadeja’s downfall has been precipitous. He was the star of the Champions Trophy in England but since then his reputation has taken a huge dent. His bowling which was based on the fulcrum of accuracy has lost its mojo and his batting never took off after the early promise to be honest.

Axar Patel too doesn’t seem to fit the bill. India needs to groom Ashwin for that role because that gives them a luxury of picking an extra bowler. Problem with Ashwin is that his game is too subtle and artistic for the shorter formats where you require someone who is a butcher of the ball. Ashwin experiment in the upcoming series against South Africa would not do any harm and with the Batting Powerplay getting scraped it would provide a certain amount of leverage for Ashwin’s game to prosper. Unfortunately India doesn’t have someone like a Mitchell Marsh or Ben Stokes who can be dynamic in both the roles but there is no point searching for a Polar Bear in the deserts.

Another aspect that I disagree with MS is his aversion towards the pace bowlers (In India this term is misinterpreted!!). By pace bowlers I mean genuine fast bowlers who can make the ball talk in the air. Bowlers like Umesh Yadav and Varun Aaron who can bowl at 90mph need the captain’s backing as they can go the distance on a bad day. One-day cricket has evolved to such an extent that line-and-length bowlers have become sort of a liability for a captain. Shorter boundaries and bigger bats have made the captain’s life hell of a lot difficult. The only mantra for stopping the rampage is wickets. Umesh, Varun and Shami are of those breed who can rip through a batting line-up. Only trigger required is the captain’s support. India needs to look after this troika as they could certainly provide the spark in the marquee tournaments.

Captaincy to MS Dhoni has been like a duck to water. What stands out is his equanimity in the face of defeat as well as victory. His cool and calm demeanor has always kept his team in good stead for intense battles. People have made a huge hullabaloo about the series defeat to Bangladesh but I don’t think there is a need for a knee-jerk reaction. I know MS Dhoni is not Peter Pan and cannot go on forever but I would still want him to continue till the 2016 World T-20 and then reassess after that.

This young team has all the ingredients to be a fantastic finished product. The fascinating part is that the core of the team has another 5-7 years of cricket left in them. So if they get on a roll we could have another golden chapter in the history of Indian Cricket!!