I don’t have a penchant for pets but following a relentless insistence of my mother who is a huge dog-lover we decided to buy one ‘pug’ with the old Hutch ad as the major source of inspiration. On a murky Saturday we went to a pet shop and bought a pug with brown and black stripes. Surprise Surprise!! it was a talking pug (Till then my limited knowledge told me that only parrots can talk)!!We named him Tommy but he was dismayed at the name and shouted, “Tommy kutte ka naam lagta hai. Do I look like a dog.” We shook our heads reluctantly and Mom lovingly named him, “BacchuLal”. (Bacchu-The pet name of maybe lakhs of children all around the world).

BL certainly felt like a prisoner who had been acquitted by the court of law. Taking deep breaths he wanted to take the long walk to freedom through a local train. I first guffawed at his thought. Seeing my reaction he roared back, “What is there to laugh in it. I have heard Local trains are the lifeline of Mumbai.” I threw him the gauntlet and challenged him to commute by local train. He gleefully accepted the bait with the bravado of a Doberman. I told him to bring me cup-cakes from Merwans (You will struggle to find a better quality cup-cakes in Mumbai!!). He was grumpy at the idea first but then had to give in as ultimately the golden rule of corporate life says, “Boss has the final word”. The rain Gods weren’t too kind either as it literally started pelting down.

Looking at the queue near the ticket window soon his elevated spirits were dampened but his ego was in high spirits. He had made up his mind that he was going to complete the challenge either by hook or by crook. After ages finally he got his turn. Holding the ticket in his jaws, he reached the platform. It was raining cats and dogs. The train was scheduled to arrive in two minutes but as the tracks were completely water-logged there was an announcement,” Train travelling to Churchgate from Platform No 1 is delayed by half an hour.”

“Nothing going my way”, he sighed but the ‘dog’gedness was still there. He bided his time and finally the long awaited train arrived. He was elated on the sight of the train but within no seconds his jubilation soon turned into dejection as the train was jam-packed with literally no breathing space. He thought not once but twice and gave up the idea of boarding the train. Crest-fallen he again trudged back awaiting another train. Twice, thrice he incurred a similar fate.” Finally then in the fourth attempt he somehow managed to sneak into the train. But to his misfortune he entered the wrong compartment and ended up in the first class. All the suit-booted people of Mumbai who had a smart phone in one hand and Economic times in the other gave suspicious looks at him as though he may have committed some unforgivable crime. BL enquired shakily to a share-market savvy person,“Is this Second Class??”. After giving a glance at the Sensex he finally quarter-heartedly paid heed to his question with a plain “No”. No wonder there was a regulated flow of oxygen BL sighed. To add to his woes TC entered the compartment at Bandra. BL was completely trembled with fear and anxiety. TC wore the look of a common man to disguise the public. BL somehow managed to jump off the train at the next station and within two minutes he sneaked into the second class amidst all the stampede. The scene was completely different to the first class. It was as if two separate movies were running in the same theatre. People were pushing each other as though some Royal Rumble match was going on. Some people were hell bound on jumping off the moving train for reasons known to them. Add to that the problem of the unofficial guards standing at the gate of the compartment. When BL questioned those people as to why they were blocking the path of the other commuters they gave him a wild stare and also greeted him with a couple of abuses. BL completely went on the backfoot and gave a resigned look. “Local trains are certainly giving the massage centres a good run for their money”, he snarled and confined himself to a small corner of the train. Just when he thought that he may have ran out of his bad luck he got confronted by women with a male voice. “Ae Chikni Chameli De na.Ae Shah Rukh De Na”, as they stubbornly begged which is so typical of them. Finally BL gave in to their continuous nagging. Just while he was searching for his wallet he realized that he had been mugged. BL got completely broken and was cursing himself for the remainder of the journey. He had enough of the train antics and all his enthusiasm and excitement of Mumbai Darshan evaporated completely. BL decided to retreat back to the pavilion after his journey didn’t prove to be ‘cake’walk as he had forecasted.

BL heaved a sigh of relief as he got down at Vile Parle. I could guess the entire tale when I saw him empty-handed. But the swagger refused to humble him down and he put all this fiasco down to ‘owner’s curse’ 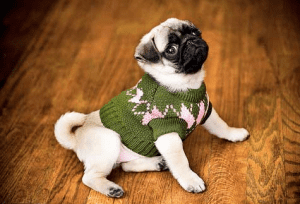