After the turn of events of Last Sunday, BL decided to take a break from the hubbub of everyday life. As living up to the billing of the current generation he had developed an uncanny knack for electronic devices. So an additional task got added to my daily routine (woes). ‘Switching on the TV’ for BL. (I had informally became his slave!!). This Sunday he was even more excited. “Hey PD. Do you know that guy Karnab Noswami. The man who doesn’t let others speak. When all my friends discuss about him I feel left out. You are the culprit. There is a world other than the world of sports”, he lambasted me. Heeding to his order I turned on TimePassNow without any further delay. 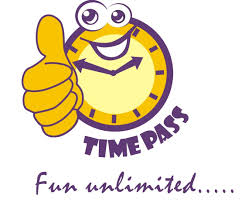 ‘Sunday edition of the Special Newshour titled “KarnabKiAdalat” with Karnab Noswami’ was flashing all over the channel .The episode was bifurcated into 3 parts

Newshour Debate with Karnab Noswami with the burning question, “Does “Mr.Yak Minion” deserves Capital Punishment”. The panel consisted of representative from NoGrace as well as BharatJago(BJ) plus a human rights activist(The people who suddenly pop up when a criminal is given a death penalty) and last but not the least our very own Bajrangi Bhaijan. Bhaijan’s tweets had created a great furore and TimePass Now was flooded with tweets and messages with hashtag #PhirBhiAapKeSaathBhai.

“It is good to see NoGrace and BharatJago(BJ) taking each other’s side atleast on some issue.”,Karnab started jokingly.

NoGrace and BJ took various swipes at BB. To add to that Karnab acted more than just an anchor.

But the majority of the public had a soft corner for BB with one educated citizen even went on to the extent of saying, “I know the statements made were meaningless but still Bhaijan cannot do any wrong and I will watch BB 100 times.”

At the end of the debate the strangled BB agreed to take back his tweets and apologized to Karnab Noswami.

BL had a nice laugh as he was entertained to the hilt maybe even more than a BB movie.

“Stay Back India!!” at 5 pm had the stinging question “Should ‘Mr.Srini’ step down as the Board of Control for International Cricket(BCCIC) Chaiman on the grounds of morality after the recent IPL verdict??” The panel was diverse as cricket is the only sport which is talked more rather than actually being played including Mr.Srini. Such was the deluge of calls and tweets with Hashtag #SriniOut that the channel crashed (Only means to stop Mr. Noswami when in full flow!!)

After a slight delay Karnab was back at it again

“I am innocent. Why should I pay for the wrongdoings of my son-in-law.”, a rigid Srini as ever

“I have not seen a more shameless person than you Mr. Srini”, was NoSwami’s beamer

“I am not hear to give answers that would please you Mr. NoSwami. I will wait for the Court’s verdict.” Was uncomfortable Srini’s timid reply as he stormed away from the debate.

“Look at this empty chair Ladies and Gentleman. I have purposely asked the camera-man to focus on the empty chair. This is the chair vacated by Mr. Srini. Just Disgracegul!!” was NoSwami’s sardonic late-cut.

“It is high time. It’s a shame that the court had to interfere. Atleast take some action now”, was NoSwami’s 150 kph beamer with a tomato-laden face

“BCCI is investigating the matter. We will set up an inquiry team pretty soon.” Was Najeev Shukla’s dodge

Thus the debate ended without a fruitful conclusion with everybody throwing punches at each other including the anchor.

“Don’t Sleep India!!” at 9 pm just after supper had the most controversial topic of all “Shouldn’t Mrs Sachme Swaraj and Mrs SachDhara Raje resign on the grounds of propriety in the recent ‘LalGate’?” The panel had an BharatJago (BJ)Spokesperson, NoGraceSpokesperson, PAAP Spokesperson

“Look Arnab. We were the pioneers of RTI. We are causing disruptions in the Parliament for the empowerment of women. Women and the Farmers must be the bedrock for the prosperity of any nation. Hum ek beega Zamin bhi hadapne nahi denge.”

“First of all. This is not a parliament. I am not going to adjourn it for having a one Rupee Tea and Two Rupees Lunch in the subsidized canteen for poorest of poor Indian Representatives”, Karnab remarked in his signature style.

“You are wasting the taxpayer’s money, you cannot hold the Parliament to ransom.”, Karnab gave a staunch reply.

“Look who is saying. Tell your brother-in-law”, BJ spokesperson gave a tongue-in-cheek reply.

With all hell-bound on sticking to their own guns and politicizing the entire matter the debate soon turned into a war of words between BJ vs NoGrace vs PAAP vs Mr. NoSwami

“What the Nation wants to know” took the back seat and trivial matters started hogging the entire show with Karnab adding LPG( with surrendered subsidy) to the fire.

BL got agitated with what was happening and soon threw the remote away in anger. He thought the show would provide some constructive solutions to India’s problems but all the 3 episodes turned into creative mud-slinging with highly charged panelist throwing sweet tantrums at each other.

Finally thanks to the Rain God which played spoilsport on Sunday came to the rescue and the Tata Sky rescuing everybody including High Density audience.

Welcome to the current replica of our ‘temple of our democracy’, I summarized for him.

“What we lack in our mainstream politics is constructive opposition. It has always been either the NoGrace riling the BJ or the BJ riling NoGrace for their petty politics and now to add icing to the cake PAAP. So we as a country can never fully utilize the potential of democracy”, BL remarked in a fury and stormed away. “Hope is the only constant.”, I reiterated to myself and with the hope of “If not Acche atleast Sacche din” Life moved on.