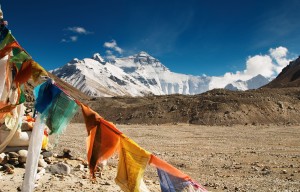 (This article is written based on my trip to Nepal 2 weeks before the devastating earthquake. Our thoughts and prayers go out to the people there…)

Inner Peace, it was something which I never was bothered about amidst the hustle bustle of life. Work, studies, entrance exams, responsibilities etc. were on priority list and I had completely forgotten about my Inner Self constantly craving for peace.

One Sunday afternoon, I got a call from my cousin in Bangalore saying that he and his friends are going on a trip to Nepal in the month of April and whether I wanted to join in. I had always heard about Nepal and the snow clad mountains and the scenic beauty of it and I thought that this is a great opportunity for me to explore a new place as I very much needed a vacation! I agreed to join in and the preparations for the trip began!

We had planned to go to Delhi, stay back for 2 days for some sightseeing and then go to Kathmandu. In Nepal, we had also planned to visit a small village called Pokhara surrounded by mountains. Our stay in Delhi was great as always! The beautiful monuments and heritage sites with exquisite carvings and designs took our breathe away.

Our next destination was Nepal. We had planned to reach Kathmandu and take a flight to Pokhara, stay there for sightseeing and then come to Kathmandu as the only airport in Nepal which connects us back was in the capital city. We were travelling from Delhi to Tribhuvan Airport, Kathmandu, and were just taking a nap when suddenly I woke up. Our flight had still not descended and was on a very high altitude. I just happened to see outside my window and I woke up with a start! I could see the Annapurna range with snow clad mountains right outside the window! The mountain range was so high that it felt as if we were sitting in a bus and not in a flight, watching mountains pass by us. A thought came in my mind that no matter how high we can fly in the sky, these mountains are more higher than us. But are still down to earth welcoming every trekker to explore them, protecting the country and also acting as a source of tourism to help the common man earn his daily bread.  “However great a person you become, never forget your roots and never forget to extend your helping hand for the needy ones” said my inner voice.

On reaching Kathmandu, we went to the domestic terminal and were waiting for our flight to Pokhara. At that time, we met this huge group of foreigners with haversacks and trek suits. On further introduction, we came to know that they were trekking to Makalu Base Camp. We boarded our flight which was the fun part. It was a small 20-seater aircraft with 10 people on each side. It was an adventure trip after all!

The mini flight started and in a short time we could get a bird eye view of the whole city with the mountain range always by our side. We had a lot of air turbulence and air pockets which shook the plane like anything but instead of panicking; a voice inside me said to me; that Humans made aircrafts and think that they the most superior to have created so many things. But the air in the atmosphere can shake such a giant plane scaring the people inside it. “No matter how high you fly, never have airs about yourself. Having airs about oneself can just lead to turbulence of the soul and scare of falling down from the heights we have achieved” said my inner voice.

We reached Pokhara and reached our hotel room. I opened the curtains of my room and the first glimpse I got was of the “World Peace Pagoda”. My heart skipped a beat. Somewhere my inner self was telling me that we are very close to Inner Peace. We freshened up and left for sightseeing. The driver took us to the same World Peace Pagoda on the top of a hill. The scenery, the panoramic view and the sanctity of that place was out of the world! Surrounded by snow clad mountains on all sides and the view of the Phewa lake, there was pin drop silence with only the sounds of the Buddhist chants in the background. I had kept my cell phone in the hoteI room as it was anyway useless without any network. I stood at one place mesmerized by the surrounding nature and closed my eyes. No phone calls, no whatsapp, no social networking sites, all the tensions of the world at bay and the cold winds sway underneath my hair… for the first time my mind was calm and still… without a thought just glaring in the universe. This peace was addictive. My inner voice said, “Look at the snow on top of the mountains. It is cold. Its past was water and future will also be water. Just like us Humans. We have come from soil and will eventually turn into ashes. Then why keep egos, grudges, jealousy and hatred towards anyone. Keep your inner self calm as the snow.”

Tears rolled out of my eyes. Never had I felt so close to Nature and Peace. My soul was healing itself from the endless torture we keep giving to it in the hustle bustle of routine life. We saw the sunset and along with it I felt a heavy load of clutter leaving my mind… forever!

The next day we got up early at 4.30am and drove to this place called Sarangkot on the peak of a mountain to watch the sunrise. That was the best memory of the trip! We perched ourselves on the topmost hotel balcony waiting for the sun to rise. My cousin was getting ready with his Canon to shoot the time lapse and we were sipping hot coffee in the cold environs. The sun was slowly rising from behind the mountains and initially all we could see were the sunrays. The rays fell on the tip of the mountains of the Annapurna range. The snow on the tip of the mountain looked orange and the sky was a perfect hue of purple and orange. After a while the sun peeped from between 2 mountains saying hello to all of us leaving everybody enchanted and mesmerized!

My inner voice reminded me of a quote, “Nothing is impossible when you want to fulfill a dream. A lot of people will tell you that you can’t do it, that you don’t have what it takes, but if it is in your heart and you feel it, there is nothing that will stop you. It is like the sun – you can’t block it. Even the tallest mountains couldn’t block it. It will shine regardless of any obstacles.”

After the sunrise, we went to Davis Fall which is a waterfall going inside a tunnel. The water flows underground through its natural 500 feet tunnel made by water currents beneath the ground. After that, it passes through a cave called Gupteshwor Mahadev. The cave is deep with many curves and bends. It was peaceful and cool with moist soil. At the end of the cave was the waterfall flowing from the previously mentioned Davis Fall. Most of the inside part of the cave is made from calcium carbonate dissolved from the surrounding limestones. The cave reminded me of the movie Kungfu panda and master Shifus cave of meditation.

Later we went for boating in the Phewa lake surrounded by mountains on all sides and the super flowing  Seti river.  My inner voice reminded me of a saying,” Time is like a river. You cannot touch the same water twice because, the flow that has passed will never pass again. So always live every moment and value time.”

After a lot of sightseeing, interacting with foreign tourists, shopping and roaming around we left for Kathmandu. In Kathmandu, we visited the Swayambhunath temple and the Boudhanath Temple. They were magnificent structures adorned by colourful prayer flags. Moving the prayer wheels was also a part of the culture. We also went to many Durbar Squares and captured the places in our cams. We went to the famous and the oldest temple of Pashupatinath, a huge magnificent structure with a huge statue of Nandi bull in bronze on the western door facing the temple.

We later drove to Nagarkot to watch the sunset from the Himalayan Club. Anywhere we went we were surrounded by snow clad peaks and mountains. These mountains were so tall that for a minute we would think it is a big cloud and after sometime realize that it wasn’t a cloud but a snow clad mountain peak.

The Nepali cuisine was also delicious with a wide variety of cuisines of the other Asian counterparts. The people were warm and welcoming and always made an effort to show us as many places as possible so that we don’t go back disappointed. There are many market places where you get excellent Tibetan jewellery and souvenirs. You get excellent trekking gears here and a plethora of spices and tea. Shops which sell gems, rudraksh, corals and pearls are also in plenty. After roaming and filling our hearts with deep thoughts and wonderful memories of this beautiful place it was time to bid adieu to Nepal. We left for India with loads of memories, panoramic sceneries, and deep learnings.

On 25th April 2015, Nepal was struck by a devastating earthquake which happened just 2 weeks after I came back from the trip. The earthquake not only killed and injured many people but has also instilled deep fear in the minds of the people. Nepal is a country mainly based on its tourism and majority of its people earn a living from tourism and tourism related jobs. I saw photos of heritage sites which we had clicked on our camera and the ruined remains of it now in the newspaper. My heart reached out to the people we met in Nepal, their warm welcome, their hospitality and care wherever we went and their strong urge to help us enjoy our stay in Nepal.

The devastated monuments were one of the main sources of tourism for this country. Seeing these monuments affected so severely by the earthquake is unbearable. Although Nepal was the epicenter, the earthquake affected other northern parts of India too. Our thoughts and prayers reach out to the people there and hope that they recover their losses and again build up a strong nation. I hope Nepal gets sufficient help from India and other countries with their rescue and relief operations and are again able to regain back their day to day life soon.

Thinking about all this inner voice said, “Mother Nature teaches us so many things. Her beauty and calm which gives us immense peace of mind is like the Goddess Durga and her fury is like Goddess Kali. No matter how much ever powerful human beings can become, Mother nature has still kept the ultimate power of Life and Death in her hands, unescapable by even the most powerful human being. Earthquakes remind us that how fragile life is and how connected we are as a world family. The tectonic plates don’t care about the boundaries we draw on Mother Earth.  Truly said By Charles cook, “Your deepest roots are in nature. No matter who you are, where you live, or what kind of life you lead, you remain irrevocably linked with the rest of creation…