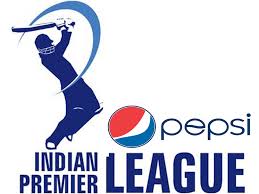 All’s not well in Indian cricket. Firstly ,the  million dollar domestic league IPL was hit by a spot fixing scandal ,leading to elimination of two of the league’s most popular teams, The Chennai Super Kings and the Rajasthan Royals. The BCCI owes its dominant position in world cricket to the IPL. Over the first eight years of its life, the IPL’s coffers have been immune to a growing number of scandals – from match-fixing to under the table payments to team suspensions and eliminations to court cases.

The league has entered into further disarray with its lead sponsor Pepsi expressing a desire to  back out of the sponsorship of the league, two years earlier than its prescribed contract because of issues that brought the game into “disrepute .It has expressed concerns that the defame in the league is affecting its popular reputation as a brand and is also affecting it financially. In such a situation ,the task to savor BCCI’s years old position would be a herculean task for its new President Mr. Shashank Manohar. The association with IPL was to gain positive publicity  and for which they were dependent upon the IPL being conducted in a fair and transparent manner. But then, it points out, the commencement of their contract coincided with the unearthing of the 2013 IPL spot-fixing scandal. Since then, the league has been periodically hit by betting, match  fixing and other spot fixing scandals. The incidents are posing a grey  mark on the image  of BCCI,and its way of functioning. That  prospect, at least in theory, should hopefully motivate the BCCI to start running the league in a less arbitrary and capricious way.

There is  great uncertainty surrounding the IPL, and numerous questions are being raised over the credibility of key officials. The BCCI is still claiming that Pepsi Co have shown a willingness to move out of the deal from this season because of their own interests and not because of disrepute and stuff. It  is aiming to settle the issue amicably and alongside  look for other sponsors. Hence the earlier the BCCI tidies it way of functioning ,the better would it be for itself. It would help maintain a clean image of the most popular sport in the country.