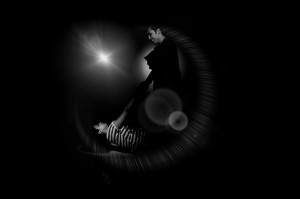 The sparkling dazzle of beauty, the blend of style and art,

A jargon of talent & loads of fun- that was Samaarambh- the great start!!

The cultural event of SCIT for the 1st year students – rightly named Samaarambh, literally meaning a “Ceremony”, was held on 27th June 2015 at the SCIT Auditorium from 2pm-4pm, for the newly inducted batch of MBA –ITBM 2015-2017 to have an afternoon of celebration and interaction.

The event sent out its first beam of sheen with the lighting of the cultural lamp- the Samai at the hands of the “Dr. Dhanya (Director, SCIT) and Col. Kadam (Campus Administrator, SIC).”

The beats of the event began with the mesmerising notes of Indian classical music with Aishani Amrita performing an Indian classical dance form “Kathak” on the beats. The flawlessly and gracefully performed dance form which took the audience by awe and amazement was followed by an enrapturing Salsa performance by ­­­­“El Paso ” group. The rhytm, the beats, the smooth and delicate moves by these dancers in this style of articulate dance were adored by one and all. To take the event to another zone of entertainment , was a mimicry performance by Drashtant Nanavati. The long lost voice of the Late Legend Amrish Puri ,the muffled up tone of the Disney Charm Donald Duck were some of the mimicry items that raised the tempo in the audience. The icing on the cake for this mimicry performance was the Bhojpuri Version of the Transformers which took the laughter dose for the audience to its consummacy. The tadka, the latka matka and the jhatka of the event was taken care by the girls group “Baawariya” which performed various Marathi and Bollywood numbers and blew the audience with their eye- catching expressions in their dances. Music was something that was taken care of in every dimension and genre in this event and to add another step to the rising music ladder, followed by the Baawariya group dance performance, was a melodious performance by Raghav Srinivas who displayed his talent by singing the Tamil- Hindi version of the famous song from the movie Raavan“ Behne De mujhe Behne De” along with tuning a Tamil song with a mouth instrument.

“Everything was at its high, the thrill , the joy and the merriment,

There being a display of every genre of entertainment”

Up next was a display of the latent acting abilities of some of the very talented SCITians who with their humourous script, perfect punch time and excellent dialogue delivery in a skit almost ached the audience tummys with the laughter , while at the same time , giving many impactful lessons in this laughter hungama. Beat boxing by Shiv Sanket which was performed next was something that took the scintilla of this event to another notch.

“The world shall always witness the Chandrama and the Surya,’

If you thought the entertainment doze till now was more than enough for one event to have, you would be mistaken badly to realise , this , uptil now , was just 3 fingers out of the fist . An instrumental performance(Guitars) by Reenal Jain was the next in the queue. Following the Guitar performance, was a dance performance-Zero feet, a performance wherein the dancers did not move their feet , a hilarious performance on few Bollywood numbers put up by a band of handsome and dashing boys made the giggles in the audience go up by few decibels 😉 And now, to take the head banging and jamming of the Event to the ultimate high was the rocking band of SCIT 2015-17- “The Chaos”. The guitarists, the vocalists ,drummers, keyboard star, tabla maestro and the many more, each one of the individual entities of the band were so smoothly blending with each other that they were no less than pros setting the stage ablaze. The band had the audience swaying and dancing with the numbers. The vocalists displayed a blend of Hindi as well as English numbers and the pop and pump of the band was heightened with Prof. Rajiv Bhide singing old and new songs drawing a comparison in the retro and contemporary styles of Romance, drawing a lot of appreciation and connect from the young crowd present .

And commending this unison as part of the closing ceremony was ———–Savitha Ma’am who credited the entire batch , the committee members, the seniors, the back end staff and one and all who was part of putting up this beautiful beginning to the awaited journey.

“A Shakespeare play would have been nothing without the narrator – Shakespeare,

The anchors for the Event Arushi Mathur, Neetu Singh and Ankur Upadhyay ,all through the event held the audience glued to their seats through their mesmerising presence and even more enrapturing voice.

The batch of SCIT 2015 happens to be blessed with the most concerned and guiding teachers helpful, caring and loving seniors, who gave in a lot of efforts to make this show a success with special mention to Ujval Bucha who even cancelled his trip to home to make this event happen, and make this event reach the zenith of its possibility.

For bringing them to Mighty Mighty- SCIT!