Chowmahalla Palace: The festive abode of the Nizam

Located near Charminar in Hyderabad, the Chowmahalla palace offers exclusivity to its guests and an unforgettable experience. This palace is renowned for its elegance and unique style as it is a mashup of various architectural influences. It was once known as the centre of Hyderabad and was the seat of the Asaf Jahi dynasty. The palace has lush green lawns and several fountains that are eye catching and compelling. The Nizams entertained their royal guests and visitors in this palace.

When I visited the palace, I was awestruck by witnessing the very entrance of the palace. There were luscious gardens and sparkling fountains around the palace. Even the panoramic view of a camera cannot instill the entire palace in one click.

One of the most memorable place inside the palace is the “Grand Khilawat”, also known as the Durbar Hall. Breath-taking, would be the word to describe the sheer magnificence of this hall. The hall is lit up in a milieu of attractive colors. Every nook and corner of the palace is designed intricately, it has a lot to offer to its visitors and surprise everyone with its nawabi charm. The crystal chandeliers along with the pure marble floor on which the royal chair is constructed add to the aura of this hall.  These chandeliers have been reinstalled recently to recreate the opulence of this majestic hall.

The palace was constructed in the 1750’s by Nizam Salabat Jung. In the recent past, the palace got reduced to a size of 12 acres as numerous ancillary structures were lost due to urban densification. In January 2005, the palace became open to the public when the current nizam, Barkat Ali Khan and his family got the palace meticulously restored.

Rare manuscripts and priceless books are a part of the council hall which is a prominent area of the palace. The southern courtyard of the palace comprises of four separate palaces, namely, Aftab Mahal, Tahniyat Mahal, Mahtab Mahal, and Afzal Mahal. Each of them has their own significance and contributes to the beauty of the palace. The interiors of the palace are well maintained and strike a pleasant chord in the hearts of the visitors. 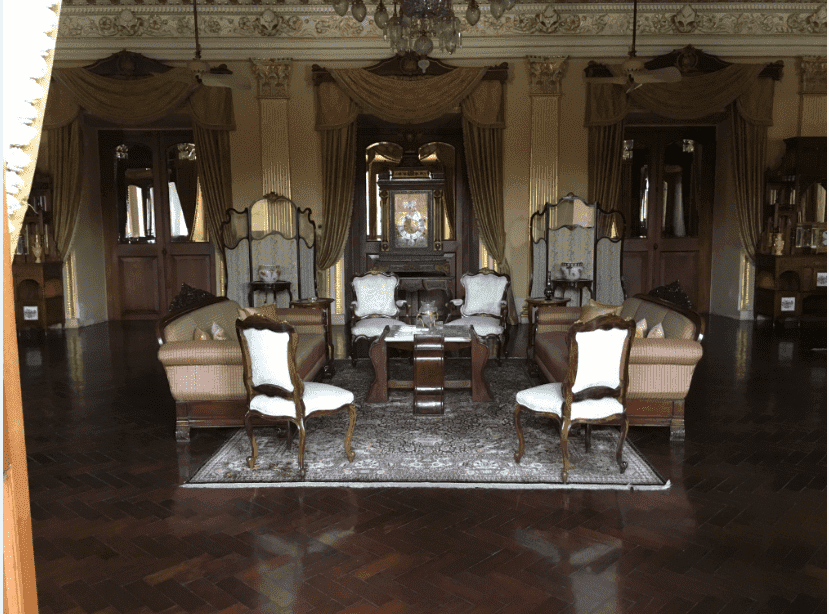 The Interiors of the Palace

There are various sections in the palace where rare artifacts are displayed. These artifacts include, clothes, crockery, weapons, and furniture. There is a special section of vintage cars in the backyard of the palace. This collection included a variety of 12 different vintage cars. 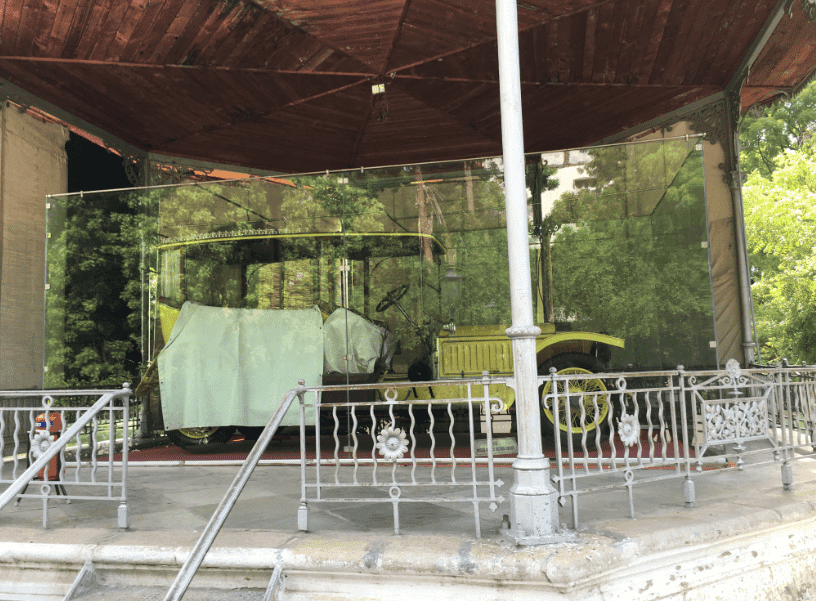 The Rolls Royce Silver Ghost Throne Car of the Nizam

The Rolls Royce Silver Ghost Throne Car of the Nizam was ordered in the year 1911 with many special features. The original body was painted in rich canary yellow with gold mountings. The car was later re-bodied to match a 1930’s style. This car was used only in ceremonial occasions and it has done just 356 miles. It is a priceless car and is an asset to the Indian automotive heritage.

There have been many pompous ceremonies that have taken place in this palace. The proclamation and accession of every generation of the Nizams has taken place here. On March 2010, the Chowmahalla palace was awarded an Asia Pacific merit award for cultural heritage conservation by UNESCO.

Another remarkable element of this palace is that there is a clock tower just outside the palace. It has been ticking for the past 250 years. A family having expertise in clocks and watches has been maintaining this clock since its inception.

Today, the Chowmahalla palace is a venue of exhibitions involving various artefacts of the bygone era. These artefacts are mainly a part of the treasures of the Chowmahalla palace collection. A tourist visiting Hyderabad must definitely visit this palace as it is full of heritage and history. It would make an individual’s day different, memorable and indeed magical!