To Kill A Mocking Bird 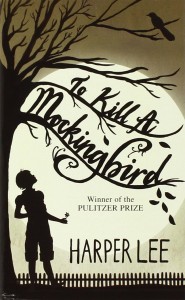 A very famous novel written in 1960 by Harper Lee, a Pulitzer prize winner and a classic example of modern American literature. There is a reason why this book belongs on every list of Must Reads. It is essentially a book about racism that was prevalent in America of that era and yet the relevance of this book is still intact.

It is a story of a simple household headed by Atticus Finch an attorney at law who has two children fondly called Jem and Scout. They live in a bleary old town of Maycomb, Albama. Atticus is an unconventional lawyer and father which earns him the respect of some of his neighbours and scorn from others. He, however, is equanimous to everyone’s perception and does his duty wholeheartedly. Things take an ugly turn when he is charged to defend a black man accused of rape of a white woman, where he is threatened to withdraw from the case, which he doesn’t. He is an unconventional father who allows his children to call him by name. He doesn’t scold them for making mistakes rather he ensures that they take responsibility for their actions. The story is narrated from the perspective of his daughter Scout who is a very perceptive child.

The beauty of the novel lies in its simplicity. It’s like a tale narrated by a jester standing on the edge of the world watching a society on the brink of change to usher in a new era of acceptance and tolerance. It is the story of a small step towards a Utopian society.