The Art Of Chaos

The world is divided into two halves consisting of the followers of order and the followers of chaos. Those who are ardent fans of order look down upon chaos as disorder and absurdity, yet according to Greek mythology Chaos was the first to come into existence. While order needs to be created and maintained, chaos is the master of its own universe. It evolves, grows and engulfs everything in its wake until challenged by order and even after order thwarts it for a time, chaos reigns again. When Einstein stated that God doesn’t play dice with the universe, he did not mean that god doesn’t leave anything to chance as is generally interpreted, rather since every throw of a dice can be predicted, it means god created the universe and its constituents whimsically… 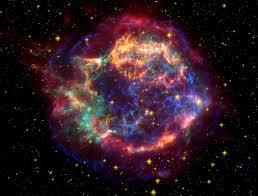 The battle between order and chaos is evident in nature as well, take flowers for e.g. there are flowers which follow the Fibonacci series in terms of the number of petals they have like daisies and there are those which don’t, like the rose.  We humans have developed an obsession to quantify and measure everything in our quest to be all-powerful to the end that we have developed gadgets to warn us of impending disasters yet when the universe decides to have a little bit of fun, an  earthquake, a hurricane, a tsunami slips past the human barricades to restore chaos and destroy order.

Chaos is the norm of existence. There is melody in well-composed symphonies but nothing compares to the unplanned, unorganised symphony that is played out each day on a city road by the jingling of change in pockets, the bells of bicycles, the passing of a tram, the sounds of hawkers yelling about their wares, the honking of horns and an occasional guitarist contributing his few notes to this miscellaneous orchestra.

The battle continues to poetry where the conformists stick to sonnets and Haikus and then there are poets who write beyond rules, the romantic poets and the fans of free verse who have revolutionised poetry-writing to make it more acceptable, understandable and moreover achievable. For poetry is a medium of expression and should not be bounded by lines and syllables.

Dances have also followed evolution and various styles have developed over the years with numerous classifications ranging from folk to classical to ethnic and foreign depending on the geographical boundaries which unite and divide us. In India we have dances like Bharatanatyam, Kathak etc. which follow strict discipline and then there are various beautiful folk dance forms that have evolved among tribes and gained recognition and appreciation over time. While the disciplined dances have their own charisma, there is a certain joy which fills your heart and makes you align your footsteps to the beats when the dances aren’t pre-choreographed and do not require you to know the steps. You just follow your heartbeats and join in.

Both order and chaos exist in our lives and influence it. But as the above image beautifully illustrates, order makes life systematic but leads to monotony, boredom, displeasure and frustration till chaos steps in to take over our lives and add flavour to it. Order gives us the perfectly cut fruit-slices yet they taste better in a chaotic arrangement of a fruit-salad.

Most people in the world are born followers who learn to adhere to the said and unsaid rules of the society and follow the most trodden path. They always walk on the left side of the road, dot their I’s and cross their t’s and hence make the world an insipid place to be in. The monochrome is only destroyed when a dreamer comes along, the harbinger of change, who incites a revolution and gives a direction to the omnipresent herd of sheep. Remember, it’s always the dreamer who is commemorated by history, never the sheep who followed him. The pages of history are illustrated by the likes of Galileo, Da vinci, Hitler, Einstein, Alexander, Ashoka, Akbar and many more. They continue to exist ages after their death because they challenged the norm, created chaos and triumphed. 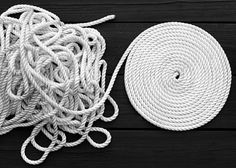 Beauty lies in the eyes of the beholder they say, so it does. And hence to appreciate the art in chaos the observer’s soul needs to be artistic. His perception should not be clouded by expectation because expectation begets disappointment. There is beauty in the myriad colours of a soap bubble that follow no pattern, there is beauty in the impromptu orchestra of the sounds of a jungle, art is visible in the work of the careless hands that have strewn the stars across galaxies, art is visible in minutest creature’s eye for its prey. Chaos is disruptive, but isn’t disruption needed to relieve the world of the occasional runt it falls into. The following poetry describes the artistic beauty of chaos.

I am the infestation of change

The manifestation of strange.

I reside in the patterns

I visit the caverns

That have long lain hollow.

The world is my palate

In existence and beyond

I belong to the symphony

That has no sound

I live by the rules

That haven’t been made

A character of an act

That hasn’t been played.

What you haven’t come across

I have been, I will be

The agent of chaos.