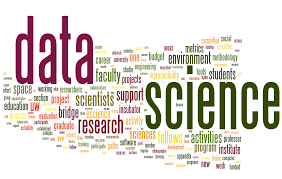 Following the data science gold rush across the globe, many graduates from the field of computer science, Information Technology, statistics etc. have debated whether to stay with their chosen fields or switch to data science in hope of greener pastures.

Looking at the present global scenario, with the introduction of new policies in the United States we come across many true and some Trumped-up stories (pun-intended) about Indian Immigrants. Needless to say that if you belong to the horde of starry eyed fresh graduates, all ready to take over the world by a storm, Alas! Your dream job in Silicon Valley just slipped out of your reach, at least for a while. With Britain’s Theresa May going the Enoch Powell way, even UK has crossed its welcoming arms, so as to speak. The situation is dicey across Europe and Australia. Surprisingly, other Asian nations offer better prospects for the newly hatched batches of the technology industry in India.

On the whole, with the current stability in Indian markets, the after effects of the “Make in India” campaign and the present government’s attitude towards upcoming and existing start-ups, the future of Data Science in India is at least secure for a while.

The hype around the job role itself i.e. to say Data Scientist, once hailed as  “The Sexiest Job of 21st Century” by Thomas H. Davenport and D.J. Patil who had themselves coined the term in 2008 have said that it is one field where supply has raced ahead of demand in an HBR article. That however was the scene in 2012, when people had merely scratched the surface and tapped into the potential of Big Data Analytics and its financial applications and implications. For those of us who have jumped on the wagon half a decade later, the dynamics have changed. Sorry folks we’ve missed the gold rush. The first wave of revolutionary tide has left long ago. However, for those who seek to learn, for those who analyse as a reflex and enjoy the adrenaline rush of discovery, data science remains a lucrative option. It is a field of study perhaps as vast as the data it attempts to make sense of. There is a lot to learn, be it R, Python, Scala, Hadoop, Machine learning or their applications in AI. You are only limited by your imagination…