Philippines Rising As An IT Hub – By Biswambar Behera 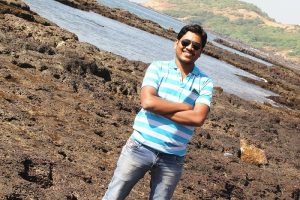 While some technocrats –although ones with a clear vision –are claiming that UK is going to be the next booming place for tech hubs, there are many businesses throughout the globe who are still facing issues to find right skills to flourish their companies.

If the facts are taken into accounts, evidence suggests that Britain will require 750000 digitally skilled workers by 2017; but there are merely 56000 IT graduates passing out each year from British Universities. If these things are not taken care off, then surely they will be looking elsewhere for mitigating their shortfalls.

And here is where outsourcing ideas get its value. It is considered when a company needs to move an entire department overseas to reduce costs. In this digitally connected world, it is now a realistic option for companies to look for employees overseas, thanks to reliable, fast internet connection. This “outsourcing” word is mainly associated with India and few Eastern European nations like Romania etc. Yet given the lackluster economic performance of the BRICS nations, it is now time to look elsewhere to find skilled IT workers.

There are many countries that have the capability to provide the support that now US and UK companies require. One of the frontrunners is –PHILIPPINES. If the records are to be believed, the outsourcing of this country is growing by 30% -where Manila and Cebu have become massive outsourcing hubs. These cities have a quite comparable culture with western society, largely due to over 500 years of Spanish and American influence.

The Philippines is a country of extreme versatility where more than 80% population speak English fluently making it the fifth largest English-speaking country on the planet; believe it-or-not, over half the population, is under 30 years old. It is also set to become a start-up hub in its own right, with home growing companies on the rise; SMEs comprise 99.6% of all registered firms and employ 70% of the country’s workforce. And there is no doubt on the IT skills that this country possesses. It is also considered as the second fastest growing economy in the world. In addition to it, the presence of tech giants like Blackberry and Google has bolstered the pool of programmers that this country is producing. Universities in the Philippines are producing 130000 IT graduates each year who are skilled enough in different domains ranging from Java to Python and from Ruby to PHP. This is the prime reason IT computer Software Development is the best-paid sector in the country, closely followed by Computer Network Administration and Database Administration.

Despite this, Western companies end up choosing Philippines as an outsourcing destination because they are likely to pay significantly less than they would in India or Eastern Europe. A web developer with at least five years’ experience can cost less than $25000 a year. The same developer in Eastern Europe might cost double that.

There have been a plenty of initiatives that have brought the limelight to the Philippines. For example, Impact Hub, an accelerated program established in London more than 10 years ago has this year set up in Manila to promote entrepreneurship and help members develop startups in different fields of business.  It also organizes its famous workshops called “Mentor Mondays”. Manila sees new incubators and seed funds sprout like Kickstart Ventures (seed-stage funding of $30000 for 15%equity).The Founder’s Institute, the world’s largest pre-seed funding incubator also operates in Manila.

The Philippine culture is built on loyalty, integrity and hard work. So with the wealth of talent available and the similarity in culture, Philippines is set to be an exciting place to work in technology in the near future; not just because it will be continuing to the success of tech start-ups all over the world ,but because it will have plenty of home grown success stories to shout about.