IoT(Internet of Things) in IT Infrastructure – By Saurabh Prakash Srivastava

[As part of the IT Infrastructure Essentials Course, PGPITBM programme, Batch 2016-2017, Semester – I] 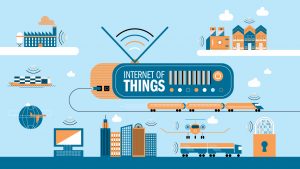 Since broadband internet price is going down, it has become more broadly available. More and more devices are now Wi-Fi enabled and smart phone penetration is sky-rocketing. Hence all these changes in the market conditions create a perfect atmosphere for IoT. [1]

If we have to describe what is an IoT in simple words, we can say that it is a concept of connecting devices that collect and transmit data via the Internet. Devices can be any physical devices like smart phones or even people. Hence we can say IoT is a giant internetwork of connected things. [1]

But a concern arises that how businesses need to make changes to their infrastructure in order to capitalize on the opportunities presented by the Internet of Things and another major concern being the security as millions of data will be floating all around the world, providing an opportunity for malicious people.

So what is Internet of Things?

IoT is already here and it is going to stay for long. It generally refers to the devices or entities that are interconnected for collecting and transmitting data via the Internet. Smart devices are already in the market transforming our world and influencing the business market. Let me explain with the help of few examples the benefits of being connected. In the first scenario, let us suppose you are travelling in your smart car and you are on your way to a meeting. Due to traffic congestion you choose to take an alternate route to your office. Now here’s how IoT can help you. Say your car is connected with your Google calendar which contains information about your meetings. So what will it do?It will calculate the time that you will take to reach the destination and will drop a message to theattendees of the meeting informing the delay in your arrival by 20min. Another scenario where IoT comes handy is, when your smart alarm (or a smartphone alarm)that wakes you up at 7 a.m. could also trigger your coffee maker smart machine to start preparing a hot cup of coffee for you. All this would make your life enjoyable as it sounds. [1]

Since the devices involved in IoT are in large quantity, the threats associated with it also tend to increase. Before it really becomes a commonplace, there are certain things that needs to be addressed like data security, physical security, privacy, encryption, authentication and a stable and robust Infrastructure to support it. The main challenge is not only limited to managing these large data but also to optimize the architecture of the applications that are using it.

Experts [3] say that the market size for IoT and would keep on growing surpassing all IT related trends.  With the growing number of devices a robust and safe network infrastructure is required to manage, monitor and monetize these devices. The failing of the infrastructure can vary from as simple as devices app getting stuck on software update or to something as worse as breach of security revealing sensitive data. Vulnerabilities will exist but how will the infrastructure be able to survive the onslaught is the real question to be addressed

Not one standard architecture can address all the problems of IoT infrastructure but with the implication that scalable architectures can provide a solution to the problems though up to a certain level can be thought of.

Impact on IT Infrastructure:

Analysts from Gartner, McKinsey, and other firms have predicted how IoT will impact organizations and how everyone will embrace it. Let us assume that you’re an IT admin of your organization, do you think your job will be easier if your organization adopts IoT? Rather than simplifying your job, your responsibilities will become more challenging. Example your organization might use cloud services for faster, cheap and convenient type of storage. But if you have significantly large number of customers, keeping track of large number of devices will be difficult and you can face data analysis issue. Therefore IT administrators will be participating more frequently in decisions regarding business IT as they have to provide robust and safe service to their customers. It is rather very soon to comment whether IoT will live up to the expectations. As per an article published in TechTarget, it says that IoT will be a major contributor of large companies like Apple to losing their current market share by 2020. [4] Another concern is the security breach, which is important as there will be millions of data floating around the Internet and without proper security measures it will be a source of money for most of the hackers. 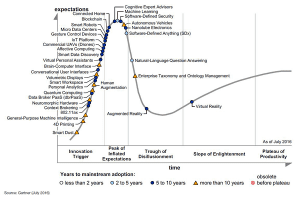 Connected devices are here to stay—forcing us to move forward into this brave new world where almost everything generates data traffic. While there’s much to consider, proactively addressing these challenges and adopting new approaches for enabling an IoT–ready network will help service providers chart a clearer course toward success. However an IoT–ready infrastructure is constructed, it is a transformational journey. It is not something that should be taken lightly or without a long-term strategy in place. But with the right amount of planning, and with greater communication across all business units, network teams will be in a strong position to address the challenges and frustrations that come with IoT deployment, ultimately enabling them to unlock these opportunities and reap the rewards. [6]