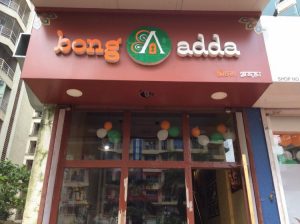 Dear readers, this is no publicity for an exquisite restaurant in Belapore, New Bombay for selecting title of my story. Yes, it has some Bengali flavor in it. So, listen more… In my younger days in the 1960’s when I had just started my career in Delhi, we had a very respectable senior batchmate Dr. Vasudevan, whom we gave at once the place of a friend, philosopher and also ‘inspirational’ guide for our ‘Tapasya’ for Ph.D.

Dr. Vasudevan was a saintly character and a wonderful Palmist- a strict vegan, and religious to core.  In those days a fest with bacchanal aura was a rare practice.  However, coffee with sandwich at India Coffee House at CP, which was the feed for the intellectuals, became our connecting bond with him.  Pursuing the career we drifted far and wide to Bangalore, Madras, Mussoorie, Pune, Bombay and where not.  But luck brought us together on occasions at odd places like Paris, Mainz, London, and Manchester.

Ashok, Dr.Vasudevan’s son, unlike his father is a modern youth through and thorough. As it may be expected he had completed his studies with a Ph.D. from a US university, courted a vivacious girl from another community in the US campus. So Ashok’s religious minded parents hadn’t had time to persuade him or prevent the nuptial.

Ashok on his return started his own company in the silicon city of India. A start up in IT, a two member team – the husband and wife – everything else outsourced. The troubled and uncertain first six months passed with expectations and frustration. However, just when they were about to wind up and return to the US, fortune smiled upon them. Desi and overseas companies started showing up. One such company from Bangladesh placed a large order for software development for their export operations.

Here comes the “Bong connection”. We know that software development always comes mostly with a baggage of glitches for once – bugs, schedule overrun, cost overrun, resource over run and managing patches- happen all the time! Ashok, unfortunately, had all of them. Result, Ashok was called upon to explain before the furious client at their home turf, in Dhaka, Bangladesh.

As expected the defense was weak in the meeting. All the reasons like ambiguous specs, act  ‘Act of God’ could hardly stand ground.

When the discussions climbed to fury, coffee came as a “Savior Grace”, a break followed and the clients started ‘chit-chatting’. With some of their jokes  aimed at him  a smile broadened on Ashok’ face  –  a surprise to the Bongs-  suspiciously, they ask , ” Do you follow Bengali ,Sir ?”    “I have married a Bengali”, was his enigmatic reply. .

After this story, you may like to drive down and taste the delicacies at “Bong Adda”.