Is India ready for cashless economy? – By Shubhangi Suralkar

“A cashless economy is secure, it is clean. You have a leadership role to play in taking India towards an increasingly digital economy”

At the end of a panel at “Startup India Standup India”, adequately named “Disruptive Power of Technology in Financial Inclusion”, the panelists, who included Paytm CEO Vijay Shekhar Sharma, Eko Founder and CEO Abhishek Sinha, and Ispirt’s Sharad Sharma, pledged to make India a cashless economy. That was January 16th, 2016, and nearly 10 months later, Prime Minister Narendra Modi put disruption into the financial payments space, with the move to remove (and gradually recycle) 86% of the cash in the Indian economy. The government’s narrative surrounding demonetization has changed frequently since then first it was an attack on black money, then about addressing funding of terrorism, but the latest pitch, for a move that reportedly has seen people die, is that it moves people towards a cashless economy; what Venkaiah Naidu, the Union Minister for Urban Development and Information and Broadcasting, also referred to today as a “Cultural Revolution”, entailing, to quote him, a “behavioural modification”.

Digitization is on peak today in India. India has just started its journey towards digitization. But the biggest question is “Is it safe”? The answer to this question based on the current scenario is slightly inclined towards “No”, thanks to a large number of “Wanna-be hackers” in India. Online Transactions in India are not at all safe. A large number of people in India are using mobile payments for the first time. People are not aware of all the problems they may face of the thing they should keep away from. Prime Minister Mr. Narendra Modi has suggested to the people who know about it to spread the awareness to the fellow citizens who are less technology equipped but this is yet to catch up with the people in tier-2 and tier-3 cities.

The government should make sure that if India has to go cashless it should be safe. Cyber-crime in India is growing at an alarming rate. This has to be eliminated or at least reduced so that people believe and start transitioning towards a cashless economy. Even as ordinary citizens queue up for cash, economists are busy estimating the extent to which economic growth will be hit because of the ongoing drive to replace high-value banknotes.  There has been a lot of discussion on whether the government can use the current situation to push India towards a cashless future. 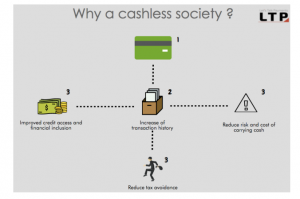 Number of citizens on mobile: Not all Indians are mobile, leave alone connected. The latest figures from the Indian telecom regulator TRAI show that as of 31st July 2016 India had a mobile penetration of 83%, with Bihar, Assam, Madhya Pradesh and Uttar Pradesh having figures lesser than 70%.

Payment and mobile network capacity: What we’ve seen with Demonetization and the increase in usage of cards and online payments is that somewhere in the value chain, banks and/or payment gateways were not in a position handle the load. The support to address the failed transactions is not tuned to even an adequate level, forget hopes of customer satisfaction. At present, there isn’t sufficient capacity for the escalation in usage if everyone starts transacting digitally.

For a card, you need to place it in a PoS machine, get a user to input a PIN, and if there is connectivity, wait for the merchant to get a confirmation before you can leave.

For digital transactions, you need to get a user to scan a merchant QR code, authenticate with a PIN (ideally). Or, you need the merchant to send a payment link to a customer, for the customer to receive it, open a page, type in details and complete a transaction. Then wait for the merchant to receive a confirmation of the transaction before you can leave. Can you imagine doing this while exiting a parking or at a toll booth? The quickest means of payment is an NFC machine, but most phones aren’t NFC enabled in India, nor do merchants accept NFC payments. 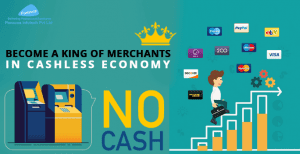 Reducing Indian economy’s dependence on cash is desirable for a variety of reasons. India has one of the highest cash to gross domestic product ratios in the world, and lubricating economic activity with paper has costs. According to a 2014 study by Tufts University, The cost of cash in India, cash operations cost the Reserve Bank of India (RBI) and commercial banks about Rs21, 000 crores annually. Also, a shift away from cash will make it more difficult for tax evaders to hide their income, a substantial benefit in a country that is fiscally constrained. The ease of conducting financial transactions is probably the biggest motivator to go digital. You will no longer need to carry wads of cash, plastic cards, or even queue up for ATM withdrawals. It’s also a safer and easier spending option when you are travelling. Discounts, lower risk, small gains are some of the many benefits of going cashless and adopting cards and mobile wallets.
As the government presses ahead with cash to less cash to the cashless economy, the success of the transition will depend on how the battle between bankers and hackers plays out. Bankers must upgrade and fortify their cyber defenses as hackers attempt to pinch funds from banks or steal credit/debit card details of retail customers daily. The year 2017 is an important milestone for Indian and would mark our transition from a cash economy to a less cash and a digital economy. But the buzzwords “less cash” cashless and digital do not really convey the range and diversity of the transition. It is actually a transition to a new social and cultural pattern. Migrating from a cash economy to a digital economy requires a big cultural and social shift and a recast of the whole mindset. Making gadgets available to the society will not help unless we bring about a social and cultural transformation. The tech class has poor exposure to critical social theory and should try to understand the impact on the ground. There is a huge empathy deficit. The new revolution will have better chances of success if it is driven less by financial punditry and more by empathetic governance.
Though cashless transactions have increased these days, right now India cannot completely become a cashless economy considering its high proportion of digital illiteracy and cash transactions. But Indian Government is working towards increasing the share of cashless transactions, which is a good thing for any economy.