“He is the best captain I have played under.” – Sachin Tendulkar

“I would go to war with him by my side.” – Gary Kirsten

“When I die, the last thing I want to see is the six that he hit in the 2011 World Cup final.” – Sunil Gavaskar 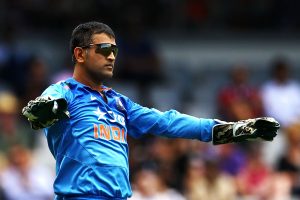 You don’t get to hear these words daily from one of the most respected cricketing greats of their times. MS Dhoni- the name in itself sparks off a cricketing era. This name in itself stirs a thousand emotions in a die-hard cricketing fan. He is the prototype of the new age Indian cricketer: someone who is blessed with oodles of self-belief to back undeniable skill. Indian cricket has never been short of talented cricketers, but it’s in the age of Dhoni that we’ve seen the true efflorescence of the aggressive cricketer who will never take a step back. “Arre abhi Dhoni khada hai, India jeet jaegi“ ( MS Dhoni is still there on the crease, India will win the game ) is a common statement with which lacs or maybe crores of Indians will agree. He has been that glimmer of hope in any sort of disaster collapse, the mastermind behind mammoth run chases and carried the burden of a million expectations every time he steps on to the field. 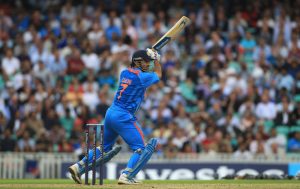 As a wicket keeping all-rounder, Dhoni has been no less than a magician: every time he takes a one day match to the last over, you almost sense that he is confident of pulling off a spectacular ‘helicopter’ shot that would take India to victory. There hasn’t been a better finisher of the one day game. It’s no surprise that he is the only Indian skipper to lift two World Cups. He is unique: a street-smart cricketer who likes to do things his way, who excites crowds with the sheer power of his strokes, besides encouraging his teammates to stave off pressure and emulate his no nonsense attitude. Be it effecting the stumping in a mere 0.09 seconds, or be it Bolt-like run out affected in the famous India-Bangladesh win in the T20 2016 World Cup, he has been saving India with gloves for more than 12 years. And not to forget, when Dhoni calls for DRS, he knows it he is spot-on. What follows is only an affirmation of this man’s understanding of the game.

The remarkable aspect of Dhoni’s success is that he never seemed to allow the surround sound of being captain to affect him nor did the enormous riches of being a star athlete ever sway him. He remained calm on the field, unruffled off it. If the pressures of captaincy were getting to him, he never showed it. His aggression wasn’t a Ganguly or Kohli style in your face bravado; he preferred to be the silent warrior. Even when we won the World Cup in 2011, there were no histrionics. When he retired from test cricket, you sense he would like to quietly fade into the sunset rather than be awarded a special send off. There is a zen-like composure to MSD that is most attractive in this age of hype. 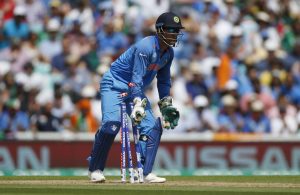 If tomorrow he has to say goodbye to all the trappings of fame, Dhoni will calmly get on his motorbike and go away. “He is that rarity who treats both those impostors – wins and losses – in the same way. He simply plays the game”. This is what Gavaskar once said about him, and this is exactly what happened. Apart from all the known qualities like leadership and captaincy, the most special thing about MSD is the quality of accepting a defeat and a victory equally humbly. If anything, his calmness, team playing, and leadership skills are setting the standards for modern day B-school students to take an inspiration and learn from the master himself. The aura which he brings to his environment is simply unbeatable, unparallel and unmatchable.

Maybe, Dhoni couldn’t translate the magic to test cricket: maybe a long drawn out format sat uneasily with a cricketer who was a product of the age when cricket has become instant entertainment. Certainly, as test captain, Dhoni had his limitations and at times seemed to switch off in a five-day match. Yet, he did lead India to the number one spot in test cricket and did it without changing either his game or his demeanor.

In the end, its cricket not bonded labor: Let’s respect MS Dhoni’s choice to retire. Let him decide when to call it quits from the shorter format of the game because he is still the best wicketkeeper batsman India has got. Even though one could argue his power-hitting skills fading over time, but he is still India’s best bet for laying hands on the coveted trophy for 2019 World Cup.

Dhoni’s fall gave rise to Virat Kohli-touted by many as the next big thing. His batting and captaincy are on fire, yet he is chilled enough to blow his girlfriend a kiss from the pitch and spell his fashion label Wrogn. Both on and off the field, he’s got the game, and that’s why he scores. 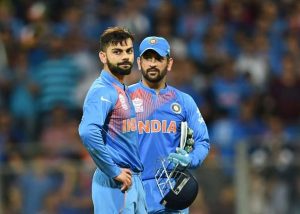 Kohli encapsulates the best and brightest of a generation bred in post-liberalization India: tattooed and teeming with attitude but the setting and achieving the highest of the benchmarks. He is already enjoying the perks of being a star player and his ads often trade on his bad boy cool quotient. What has separated Kohli from the rest is his ability to win matches almost single-handedly. His approach is goal-oriented. For him, batting is about getting your country beyond the line, preferably without any last-over heroics. That he has excelled in all three formats underlines his ability to adapt. The 2016-17 home season where India played 13 test matches clearly highlighted the bar he has set for himself and the other team members. Putting aside his spat with then Indian coach Anil Kumble, he has got the results. Results, which are hard to fathom for any cricketing side at it’s best: 8 consecutive test series win, just 1 short of the famous all time record of 9 series wins by Australia in 2006-08. His own personal form is at an all-time high, something which most cricketers fail to keep up over a period of time, and this is something he has been able to do consistently over last 3-4 years. All these signs when put together augur well for the Indian cricket as we head to the Test Championship in two year’s time.

Virat Kohli has been rightly ordained as the future of Indian cricket. And the future is now.

Sarita Devi, what you did was not in spirit of the game !!!!

A chance for a feather in their Black Cap!!