India has been a nation of acceptance. Accepting diverse cultures, people from all backgrounds as well as in terms of celebrating various festivals. The virtue of maintaining religious sanctity has been a key point of realizing oneself it as a methodology for respecting one another and this is a differentiating factor with respect to all other countries as well. Under such circumstances when we satisfactorily practise a religion based on our holy studies discussed by our forefathers we term ourselves – followers of a particular religion. 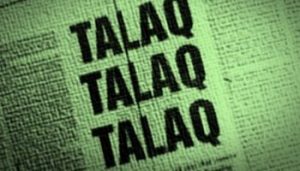 Triple talaq has been a matter of discussion among several prophets of Muslim learned and scholars and the so known Mullahs. Does Quran – holy book of Islam state the possibility of triple talaq? Parallelly when ventured on the grounds of Hinduism, according to the Hindu Marriage Act – In an entire lifetime, a man is entitled to marry and legally showcase to the society only one wedded women. In case of a divorce case, only after completion of legal procedures of the divorce is he/she liable to remarry again. Such is not the case in Islam. The blatant irony lies in one of the techniques called triple talaq of uttering talaq thrice by the husband which leads to divorce with the wife, A huge chaos had led to filing a case for proper justice from the supreme court in order to address it with a due unbiased approach. Shockingly, a research from the All India Muslim Personal Law Board has emphasized on the divorce rates of women in Islam is around 1307 vis-à-vis 16505 in Hinduism. So at the acceptance level, definitely the concept of triple talaq should not be exercised since a mature decision of divorce should be in a mutual consensus of both the partners and not in a hasty manner which has disrupted several lives of women in the past. Such kind of a practice is even a disgrace to the entire community on the whole.

A very interesting concept of Talak-e-biddat has been known as a result of numerous discussions is that – Most individuals believe that uttering the word “talaq” thrice can be irrevocable  !!!!!  NO, it is not IRREVOCABLE  a procedure which follows to gets the woman to his husband once he has uttered: talaq-talaq-talaq is that now the wife compulsorily needs to get married to another man. The marriage needs to be consummated by both the individuals at least for a period of 3 months following which if the woman still wants to get back to her first husband she is now allowed to get divorced with the latter husband and then get back to the first one. With this we realize, the excruciating pain of performing triple talaq in a vague manner which may lead to a stressful situation as mentioned above as well as this concept emphasizes the importance the religion is paying heed to the woman’s decision and her empowerment which was hardly known. Fortunately, Supreme Court has sentenced their verdict in favor of the women of Islam which nullifies any grave consequents if it was practiced later as well.

The verdict ought to be conceived as a rescue measure to a part of the repressed section of society, thus, it must be protected from giving it a heated religious angle.