LGBT rights in India: Paving the way for holistic betterment by Pranshi Gupta

Congratulations to the whole country! 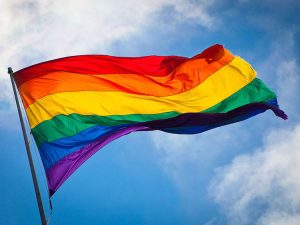 Indians at this point should be so proud which I think most Indians are, thankfully! And also, a big congratulations to the LGBT community for the recent ruling that was passed.For all those of you who don’t know what I am talking about let me explain this in brief:

Just a few months ago, being a Gay or bisexual was considered a crime in India. People couldn’t really freely talk about it. However, on 6 September 2018, there was a ruling passed by the Supreme Court saying that- you can be gay, you can be a lesbian and it’s completely fine. I feel in terms of human rights, this is such a huge step, such a huge movement for the country.

To anybody who is homosexual, let me, however, tell you that this is not the end of your troubles. There will be fights. There will be a lot of battles but yes this is definitely a start and a very big start. Most importantly, let me absolutely confirm this to you people, you’ll check this on Wikipedia, or any book where histories have written, even 100 of years ago, there have been cases, there have been people, who have been called homosexuals.There were lots of rulers, lots of famous kings in history I don’t want to talk about them because I don’t want to offend anyone, but the thing is that there is a historical proof that there have been gays and lesbians much before our times.

So this is not a new fashion trend, this is something that has existed since, probably the inception of mankind. Now people are talking more freely about it because now we belong to a world or society where we can speak.
Previously people were murdered just speaking their minds. Now, it’s not the same. Why can’t we open up our minds to the facts that these are different people but they are one of us and they deserve to be treated as one of us because they are not doing anything wrong?

It’s really just as simple as that – “Live and Let Live”.